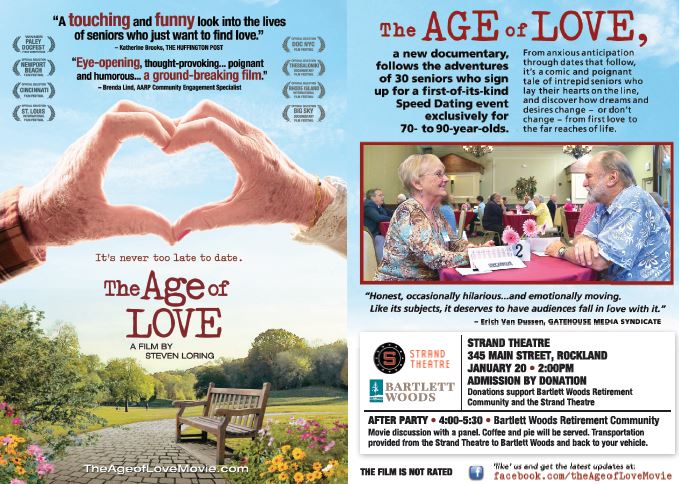 The Age of Love; a film by Steven Loring, which was shown at the Strand Theater last Saturday, ended up being a huge success.

The theater reached about 80 percent capacity with the majority of the attendees being women between the ages of 50 -80 years.

During the show, audible laughter was heard through-out along with a few emotional scenes that revealed the more tender side of love and loss.

Following the show, an estimated 30 people from the community, as well as Bartlett Woods, met for homemade pie and interesting conversation.

Many different points of view were expressed with a focus particularly on how to continue to move forward with this idea of how to inspire our local community members to engage in getting to know each other and possibly dating?

All brainstorming ideas were noted and it’s a project that Bartlett Woods would like to pursue in the near future with the 70+ age group.

Bartlett Woods has agreed to co-sponsor two more films with The Strand which will take place in May and September. Please keep an eye out for more information in our local papers.

See you at the movies.